Unity and Understanding amongst the Muslim Ummah

Unity and Understanding amongst the Muslim Ummah

The Islamic Welfare Foundation (I.W.F.) was established in 1986 as a forum for Muslim professionals to make their expertise available for the propagation of Islam.

The founding National Coordinator was the late Alhaji Saka Fagbo while the incumbent is Mallam Aliu Badmus, the former President and Chairman of Council of the Institute of Operations Research of Nigeria.

The central goal of the foundation is to improve the dedication of the Muslims to Islam and to empower Nigeria Muslims to react rationally and be pro-active to contemporary challenges as opposed to their hitherto "emotional" approach to issues. The strategy for achieving this is to build a formidable store of facts and make them readily available to all interested persons.

The Foundation has since published several research reports. She is now promoting the Annual Conference on Islam-in-Nigeria (COIN) to generate information and collate facts about Muslims. 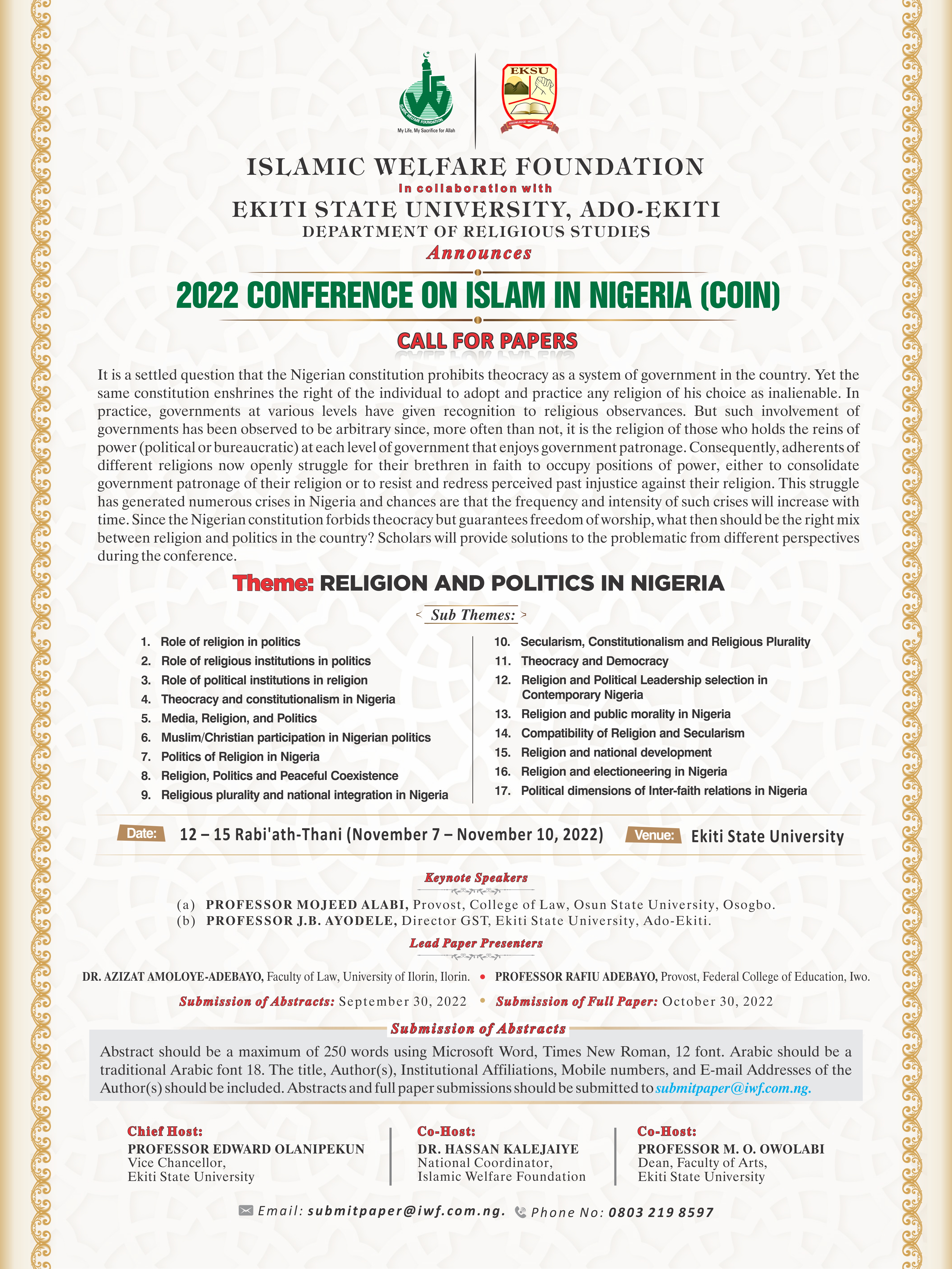 2022 CONFERENCE ON ISLAM IN NIGERIA (COIN)

THEME: Religion and Politics in Nigeria

It is a settled question that the Nigerian constitution prohibits theocracy as a system of government in the country. Yet the same constitution enshrines the right of the individual to adopt and practice any religion of his choice as inalienable. In practice, governments at various levels have given recognition to religious observances. But such involvement of governments has been observed to be arbitrary since, more often than not, it is the religion of those who holds the reins of power (political or bureaucratic) at each level of government that enjoys government patronage. Consequently, adherents of different religions now openly struggle for their brethren in faith to occupy positions of power, either to consolidate government patronage of their religion or to resist and redress perceived past injustice against their religion. This struggle has generated numerous crises in Nigeria and chances are that the frequency and intensity of such crises will increase with time. Since the Nigerian constitution forbids theocracy but guarantees freedom of worship, what then should be the right mix between religion and politics in the country? Scholars will provide solutions to the problematic from different perspectives during the conference.

2021 CONFERENCE ON ISLAM IN NIGERIA (COIN)

2019 CONFERENCE ON ISLAM IN NIGERIA (COIN)

2018 CONFERENCE ON ISLAM IN NIGERIA CALL FOR PAPERS

2017 CONFERENCE ON ISLAM IN NIGERIA CALL FOR PAPERS

THEME: Muslim Unity and the Quest for National Integration in Nigeria

Journal of Islam in Nigeria (JOIN)

Journal of Islam in Nigeria (JOIN) is a bi-annual journal published by the Islamic Welfare Foundation (IWF). The aim of the journal is to research Islam and Muslims in Nigeria and provide an in-depth discussion on current developments and topical issues in all aspects of Shari’ah, including Muslim Family Law, Conflict Resolution, Contract, Banking, Human Rights, International Law and Terrorism, Islamic Economic Model, Islamic Political Issues and such others...read more 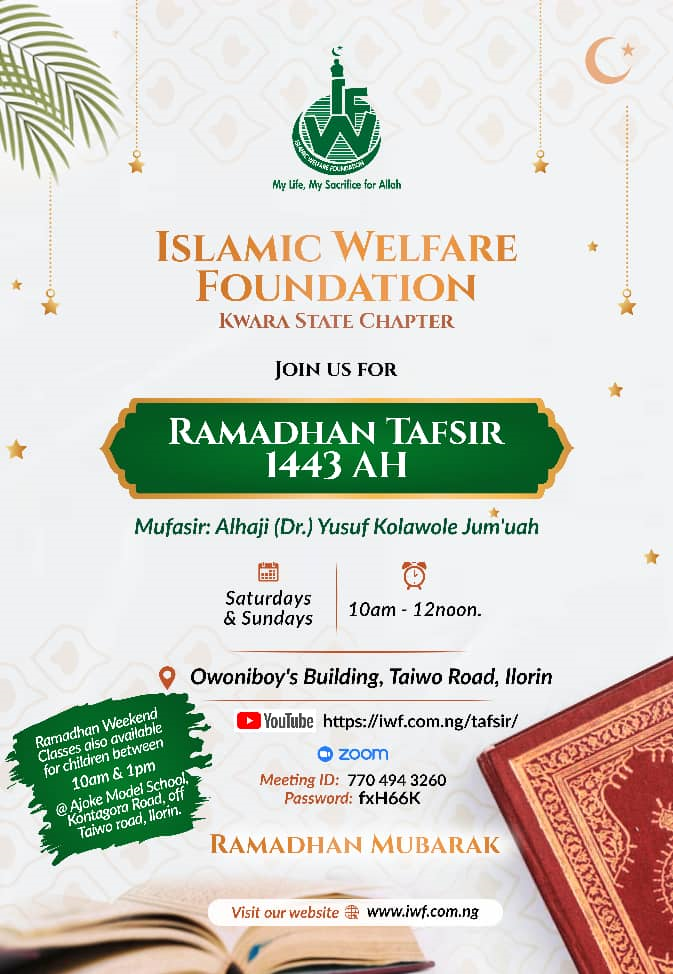 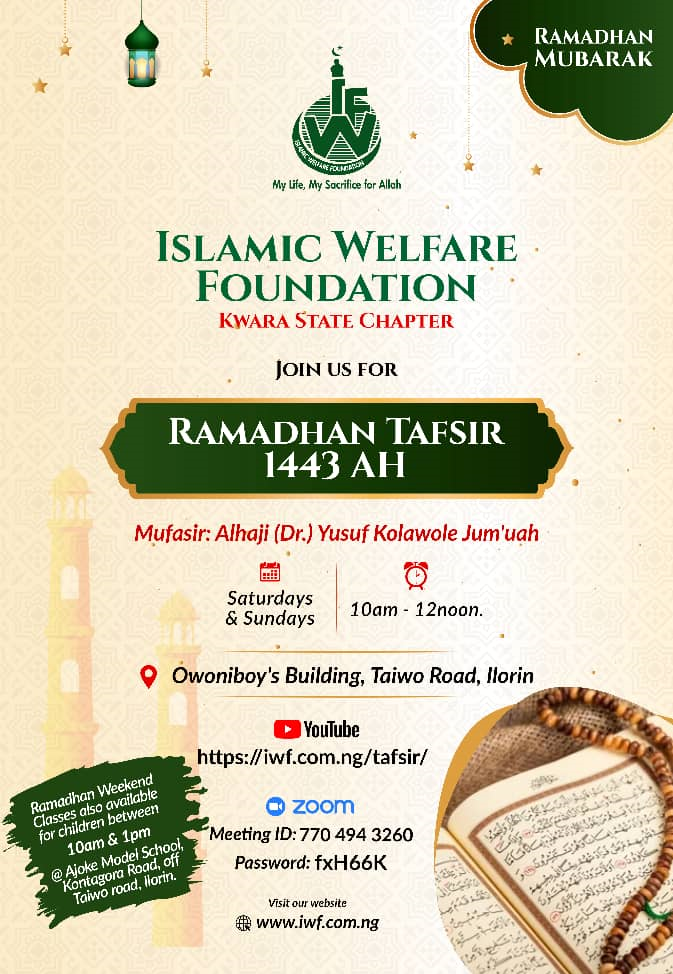 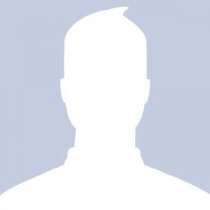 Muslims And Contemporary Nigerian Politics. Politics is defined by the freedictionary as “The art or science of government or governing, especially the governing of a political entity, such as a nation, and the administration and control of its internal and external affairs”...read more